This research was adopted as a general research project in FY2020 by the Ministry of Land, Infrastructure, Transport and Tourism, in the category of river ecology, which aims to promote technological research and development through cooperation between industry, academia, and government.

Although there are many rivers in Japan that have spillways, there is very little knowledge on how the opening and closing of these spillways affects the ecological functions of rivers and coastal areas. In the Kano River, which flows through the Izu Peninsula with an annual precipitation of over 2000 mm, how has the peak cutoff by the spillway affected the downstream ecosystem over a period of more than 50 years? What impact has the peak cutoff by the spillway had on the downstream ecosystem over the past 50 years? The impact of the opening and closing of the spillway in conjunction with recent heavy rainfall events on the river environment and its biological communities, as well as the impact of river flow regulation on coastal ecosystems, are urgent issues for river management under the current climate change, as evidenced by the high frequency of water-related disasters. The Kano River, located in one of the rainiest areas in Japan, is a good place to consider the water cycle by linking the movement of surface water with groundwater, as the river receives a large amount of spring water from the foot of Mt. Based on these considerations, integrated river management is required to ensure continuity between land and sea areas in the entire water system and to submit findings to realize a flow regime that takes the riparian environment and ecosystem into consideration.

(Purpose of the study)

To examine how the Kano River ecosystem and the northeastern coast of Suruga Bay from Numazu Port, where the main Kano River flows out, to Eura Bay, the outlet of the spillway, are affected by the peak cut-offs by the spillway, which occur on average two or three times a year as a response to large-scale flooding. The study will examine the impact on the northeastern coast of Suruga Bay. Specifically, we will accumulate knowledge on changes in and responses to river water quality, riverbed morphology, benthic fauna, fish (ayu), riparian forest vegetation, and coastal primary production before and after heavy rainfall events that regulate flow through the spillway, as well as during rainfall events that do not reach such levels. Based on this knowledge, we will propose the operation of the drainage canal and the way it should be in consideration of ecosystem conservation from the viewpoint of biodiversity through joint work with the river administrator. 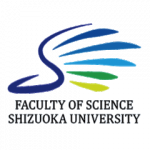