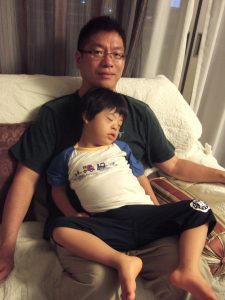 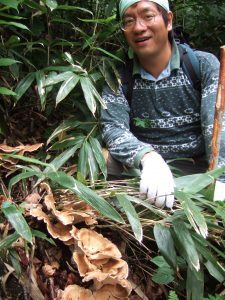 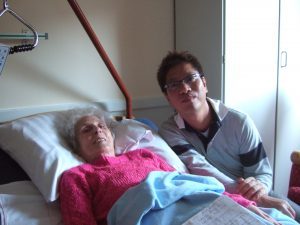 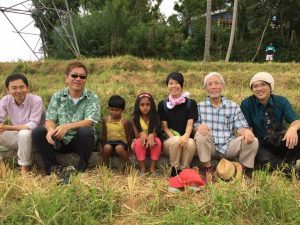 My father died shortly after entering the Faculty of Science (Mathematics) at Tohoku University. Struggling with the death of my father and how to deal with my own death, I began volunteering at the “Arinomama-sya” home for the severely disabled (now “Sendai Arinomama-sya”). Since then, I have been friends with the late Yasushi Abe (died in 2008) for about 20 years.

After graduating from the Department of Mathematics in the Faculty of Science, I was attracted to the word “death practice” and entered the Faculty of Letters in the Department of Philosophy as a bachelor’s degree. Under the guidance of Professor Yasuo Iwata, I went on to his master’s and doctoral programs while struggling with Heidegger’s philosophy. In 1996-7, I studied abroad at Humboldt University at public expense. In July 2002, I was awarded a Ph.D. (Literature) from the Graduate School of Letters, Tohoku University (Doctoral Thesis “Heidegger Philosophy and Christian: A Clue to Early Religious Phenomenology Research”).

In the fall of 2002, I met the late Dr. Takeshi Okabe (died in 2012) at a study group led by Professor Tetsuro Shimizu, and started the Tanatology Study Group together from the following spring. At the same time, I entered the field of care and embarked on the life and death studies.

Since then, I visited the patient’s home with home palliative care staff (doctors, nurses, helpers) and began to interact with the patient and family. In particular, through encounters with old farmers, I was led to the relevance of problems about “life,” “death,” “land,” and “nature.”

Faced with the challenge of putting “life” and “death” in “land” and even in “nature”, I decided to visit rural areas and the Shirakami Mountains (Meya Matagi). In April 2006, I was appointed as an associate professor at Shizuoka University (concurrently serving as an associate professor at the Faculty of Agriculture and Graduate School of Science and Technology), and have been a professor since April 2010.

I was given a son with Down’s disease in 2008 and had been studying abroad in Sweden for a year from April 2011 (Visiting Professor, University of Borås, Sweden). During the stay in Sweden, I was fascinated by the society of dialogue. After returning to Japan then, I established the Philosophy Cafe (2013), Café Mortal(2015), the Political Cafe (2018), and the School for Philosophy and Dialogue(2019).

Since January 2019, I have been participating as a collaborative researcher in the UK-Japan International Collaborative Research (MITORI PPROJECT Principal Investigator, David Clark, University of Glasgow) dealing with issues at the end of life term.

★ “Learn to live with death: Philosophy of mortal” (Hirobumi Takenouchi, Polano Publishing, 2019) A reading party (Tamoto no Kai) was held in Kobe with this book as a text. You can read the book club report of each chapter in NOTE. https://note.com/chuco/m/m534a0f0ea030

★★ For this book, the Kansai Bioethics Study Group organized a joint review meeting. The exchange of book reviews can be read in the following magazines.

The International Research Society of the Sapporo Conference for Palliative and Supportive Care in Cancer; Director

The Japanese Association for Philosophical and Ethical Researches in Medicine, Research Committee Member