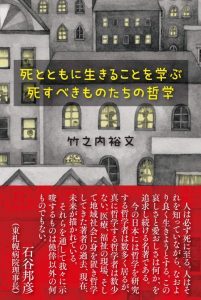 What does philosophy mean?

Let me introduce some understandings from my book.

The philosophical quest is called by the phenomenon in front of us and starts from where we stop. In order to be surprised and questioned by the events in front of us, we must open our minds and bodies and open them to the outside. If you are full of background knowledge and prejudice, there is no room for new things. You can’t see things as they are, and you miss the “reality.”

Philosophy is an exploratory activity that loves and seeks knowledge. In response, philosophy scrutinizes each and every thing, without resting on common sense or existing ideas. It can be said that it is a very active and independent activity. However, asking and thinking requires a submissive attitude of being called upon by a phenomenon, accepting it, and listening to it.

Indeed, “obedience” is an attitude common to science. In order to grasp what the cause of the phenomenon in front of us, being “obedience” is required. But the ultimate goal of science is to identify the cause and clarify the causal relationship. Once the causal relationship has been clarified, the desired result can be obtained by manipulating the cause. As Fr. Bacon points out, “Nature is conquered by obedience.”

Philosophy begins with thaumazein, as Aristotle points out. It doesn’t have to be an eye-catching situation. Rather, the problem may be the “mysterious things that are very familiar to us” (Aristotle’s “Metaphysics”) that are so mediocre that we are likely to overlook. We often see them but have never thought about them. R. Carson, a marine biologist in the United States, wrote about a summer starry sky as follows:

I then thought that if this spectacle was seen only once in a century, or only once in human life, this little cape would be filled with spectators. But in reality, similar sights can be seen dozens of times each year. And the people who live there don’t care about the beauty above them. You probably never see it because you can see it almost every night if you want to. (Carson “Sense of Wonder”)

In the first place, it [what I am contemplating] is something that cannot be spoken in words like other disciplines. Rather here is the nature of the problem. The problem is treated with [the teacher and the learner] while they are living together through a lot of discussions and taking things directly. Suddenly, like a fire ignited by a flying fire, it arose in the [learner’s] soul, and thereafter it nourishes and nurtures itself. (Plato “Seventh Letter”)

Think From the Word “Philosophy”

The Japanese word “philosophy” was coined by Nishi Amane, a Western scholar who was active from the late Edo period to the early Meiji period. Although he eventually adopted the translation of “philosophy,” Nishi initially used the translations of “rare philosophy” and “rare sage.” Since the original Greek word (philosophia) is a combination of the words “knowledge” (sophia) and “love” (philia), these can be said to be almost literal translations. The original meaning of “philosophy” lies in the thorough intellectual inquiry of “I have to master the depths of the truth” and “let’s just know”, and without this, it cannot be called “philosophy” (philosophia). Michitaro Tanaka “Philosophy Elementary” Iwanami Shoten).

Socrates examines not only his “thinking” but also his “way of life” with the dialogue partner. Without scrutiny of the way of life, Socrates’s dialogue cannot be established. That practice also makes a clear distinction between philosophers (Aichi) and Sophists (knowers).

Instead of giving consideration to the soul when death is imminent, now here, through interactive exploration, scrutinizing the way of life and taking care of the soul, thereby freeing the soul, Plato does it with his teacher Socrates. , Called “death practice” (meletē thanatou) (Plato “Phaedon”).

In order to implement “death practice”, we must be free from the attitude of giving special attention to “death”. We must learn to “live with death” and to live together as “mortals” (brotoi).